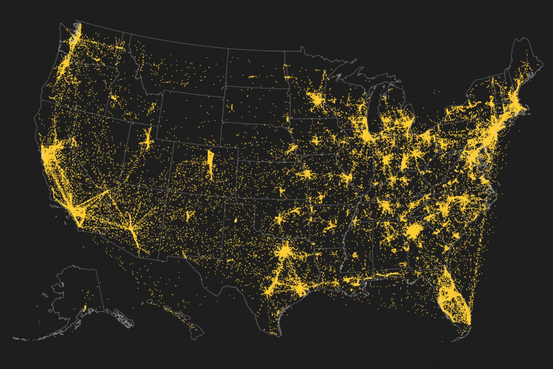 The year the Covid-19 pandemic forced many Americans to stay home, more than seven million households moved to a different county—nearly half a million more households than in 2019.

Spurred by the promise of flexible, remote work, many left large metropolitan areas and migrated toward less-dense, more-affordable places that offered more space.

Residents in recent years have been leaving big cities and moving to suburbs or smaller metro areas. The pandemic supercharged that phenomenon.

Millennial and young Gen X households have been building families and buying homes. Millennials accounted for more than half of all new home loans in 2019, the most-recent data available, according to Realtor.com. In 2020, the moves accelerated when many began working from home with no need to commute. At the same time, mortgage interest rates hit historic lows.

Suburban areas such as Suffolk County, N.Y., on Long Island, saw an inflow of big-city dwellers last year. Households arriving there from large metropolitan areas increased by 70%. Of all the change-of-address forms, 46% indicated they were coming from four New York City counties—those covering Manhattan, Queens, Brooklyn and the Bronx. The previous year, a third of all newcomers came from those counties.

T-Mobile’s Hiring Pledge Is Off to a Slow Start