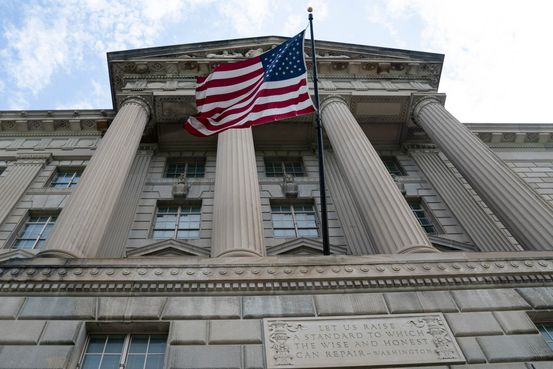 U.S. trade groups and companies are asking the Commerce Department to pause a Trump-era regulation that allows the government to block foreign telecommunication-gear imports and other business deals deemed a security threat, saying the measure is overly broad.

The rule was proposed in 2019 in response to rising U.S. concerns about Chinese technology finding its way into the U.S., including telecom giant Huawei Technologies Co.’s sales of broadband equipment to rural phone companies and internet providers.

U.S. officials contend the gear could be used by China to conduct espionage against Americans, which Huawei has denied.

Do you support easing trade regulations aimed at addressing security risks? Why, or why not? Join the conversation below.

The Trump-era regulation was drafted with the telecommunications industry in mind, but it allows officials to block many technology transactions involving critical U.S. infrastructure if they determine there is a national security risk.

In recent letters, some of the groups and companies asked Commerce officials to hold off on enforcing the regulations, which took effect March 22, until the Biden administration can make its own assessment of security risks among U.S. imports.

The Telecommunications Industry Association, which represents manufacturers and retailers of communications tech equipment and services, called on Commerce to suspend implementation while the Biden administration “reviews the best path forward to working with industry on securing the [information and communications] supply chain,” according to an April 28 letter to the agency.

“
‘This massively over-broad and deeply flawed rule should be scrapped before it inflicts serious economic harm and confusion.’
”

The U.S. Chamber of Commerce, the National Association of Manufacturers, Information Technology Industry Council and the Software Alliance have said that the regulations give the U.S. government overly broad powers that could lead to costly investigations into business deals while doing little to protect U.S. national security.

has pushed back against the rule without explicitly saying how the regulations could affect its relationship with overseas suppliers that it relies on for the software, cloud services and consulting it provides.

“This massively over-broad and deeply flawed rule should be scrapped before it inflicts serious economic harm and confusion,” said

the head of IBM’s government and regulatory affairs. “The rule does little to secure the supply chain, yet it gives the government unprecedented authority to unwind a vast number of IT transactions with no meaningful notice to U.S. companies that the transactions were problematic in the first place.”

A Commerce spokesperson said the department “appreciates the participation of industry and will as always carefully consider all comments as part of the rulemaking process.”

In proposing the rule, the agency said that the “information and communications technology and services (ICTS) supply chain is critical to nearly every aspect of U.S. national security. It underpins our economy; supports critical infrastructure and emergency services; and facilitates the nation’s ability to store…vast amounts of data.”

Commerce officials have previously said they are coming up with a preclearance program to allow businesses to voluntarily submit deals for review, which could give businesses certainty that a future transaction wouldn’t trigger a costly investigation or unwinding.

That program was set to be introduced by May 19, but Commerce officials said in a notice published on the Federal Register that they will miss that deadline.

In past statements, the Commerce Department has said the new regulations could affect as many as 4.5 million U.S. companies and cost them $20 billion annually to comply, including the expense of hiring lawyers to interact with the government.

The agency has said it plans to dedicate four people to reviewing risky transactions—“an incredibly lean staff,” said the Internet & Television Association, the U.S. cable-television industry’s trade group, in an April 28 letter to the agency.

Concerns about China’s growing economic dominance and about the risks that U.S. corporations and their customers face when doing business with Chinese suppliers have carried over into the Biden administration. But the trade groups have seen new faces within the Biden administration and his executive order on supply-chain weaknesses as a reason to ask the Commerce Department to rethink the regulations.