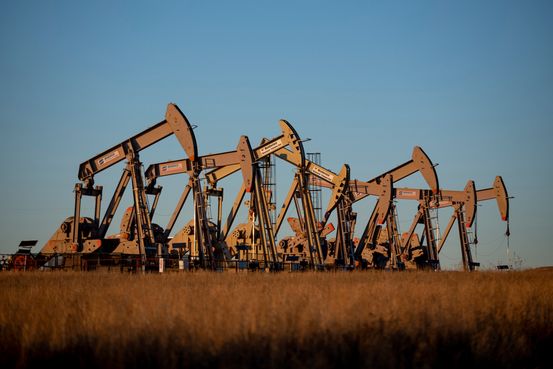 —plan to announce Monday that they are combining into a company valued at about $2.3 billion.

The all-stock, no-premium merger of companies that produce in Colorado’s Denver-Julesburg Basin is the latest example of regional consolidation in U.S. oil and gas fields, as the energy industry emerges from the Covid-19 pandemic.

The combined company will be renamed Civitas Resources Inc. and become the largest pure-play oil-and-gas company in the DJ Basin. Bonanza and Extraction shareholders will respectively own 50% of the new company, according to a person familiar with the matter.

The tie-up follows shale-gas producer EQT Corp.’s agreement last week to scoop up the assets of smaller rival, Alta Resources Development LLC, for $2.9 billion in cash and stock, which will expand its northeastern U.S. footprint. EQT, the largest U.S. natural gas producer, said in October that it would purchase upstream and midstream assets from

for $735 million, also in the Northeast.

last month agreed to spend $6.4 billion to purchase DoublePoint Energy, a private operator with acreage close to Pioneer’s in the Permian Basin of West Texas and New Mexico.

That deal came months after Pioneer, led by Chief Executive

In recent years, following a crash in oil prices in 2015, shale drillers have bought smaller rivals for much lower premiums than they had in the first half of the last decade. Extraction and Bonanza Creek, both based in Denver, were valued roughly the same on the stock market Friday, with market capitalizations of $1.12 billion and $1.15 billion, respectively.

Once combined, the companies plan to lift Bonanza Creek’s annual dividend about 14% to $1.60 per share. Civitas’s production will be equivalent to 117,000 barrels of oil equivalent a day, over 430,000 net acres. By combining, Civitas would generate at least $25 million in annual savings, a person familiar with the matter said.

will serve as CEO of Civitas, while

Chairman of Extraction, will become chairman of the new company, the person said. Mr. Dell is also managing partner at investment firm Kimmeridge Energy, which owns about 38% of Extraction.

Write to Collin Eaton at collin.eaton@wsj.com

US Motorists Urged Not to Panic at Pumps | Voice of America