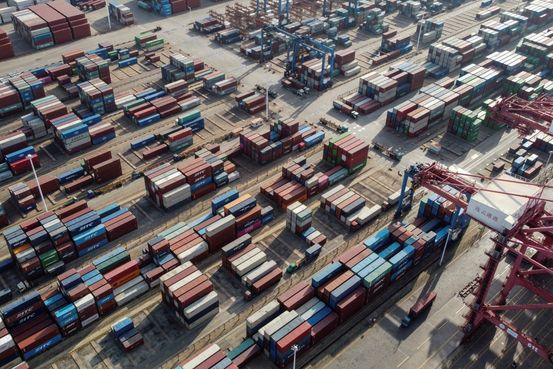 WASHINGTON—U.S. tariffs have led to a sharp decline in Chinese imports and significant changes in the types of goods Americans buy from China, new data show, with purchases of telecommunications gear, furniture, apparel and other goods shifting to other countries.

Nearly two-thirds of all imports from China—or roughly $370 billion in annual goods—were covered by tariffs imposed by the U.S. in 2018 and 2019. Tariffs now cover just half of Chinese exports to the U.S., or about $250 billion in goods annually, as U.S. companies buy more from other countries, according to a Wall Street Journal analysis of information from Trade Data Monitor.

The Trump administration imposed the levies in 2018-19, aiming to boost U.S. factory production by making Chinese imports more expensive for the American companies that bring them in. That so-called re-shoring of manufacturing hasn’t happened in any appreciable way, economic data show, as U.S. companies instead turned to other countries in Asia for supply.

Vietnam has been an especially big beneficiary. It now ranks No. 6 globally for imports to the U.S., up from 12th as recently as 2018.

“If the goal was to reduce imports from China then it succeeded,” said

president of the U.S.-China Business Council, which represents U.S. companies that do business in China. “But if the goal was to increase manufacturing employment in the United States I don’t see any evidence that that’s happened. If the goal was to increase imports from other countries in Asia or increase manufacturing employment in Vietnam, it’s succeeded.”

Semiconductors are a prime example of an item targeted early in the trade war that has been on the decline from China, but seen strong growth from Vietnam, Taiwan and Malaysia.

Of the Chinese goods hit by tariffs, the biggest impact has been in telecom equipment and computer accessories, where imports are down about $15 billion each from their peaks in 2018, the Journal analysis found.

Tariff revenue paid to the U.S. Treasury by importers has dropped as a consequence. The U.S. collected $66 billion from tariffs in the 12 months ended in March, down from a peak of $76 billion in February 2020.

Imports of non-tariffed items from China have begun to pick up in recent months, after a global downturn in trade triggered by the Covid-19 pandemic. Even so, imports from China overall were at $472 billion for the 12 months ended March 31, compared to a peak of $539 billion in 2018.

“The trade war has had a more enduring negative impact [on Chinese imports] than the pandemic,” said

the lead economist for Oxford Economics. “The effects of the pandemic are starting to wear off, but the longer-term impact of the trade war remains.”

The U.S. and China signed an agreement to end the trade war in 2020, but the U.S. kept tariffs in place as leverage to ensure compliance with the pact by Beijing, which also retained its tariffs on U.S. exports to China.

Beijing has pressed for dropping the tit-for-tat tariffs. Though the levies are paid by U.S. companies, Chinese factories can lose out on business in favor of rival factories in countries including Vietnam, Malaysia and Mexico. The trade war took direct aim at Beijing’s ambitions to become a leader in advanced manufacturing technologies such as semiconductors and electric vehicles.

The Biden administration has said it is conducting a review of tariff policy, but has given few clues whether it is inclined to remove the duties in the future in exchange for concessions from Beijing, or leave them in place.

In a March interview with The Wall Street Journal, U.S. Trade Representative

President Biden’s top trade adviser, said the administration wasn’t ready to lift tariffs on Chinese imports in the near future.

“No negotiator walks away from leverage, right?” she said.

The Trump administration imposed the tariffs in four waves, known as tranches. Each tranche listed thousands of imports that would be subject to the duties.

The USTR said the tariffs affected $370 billion in annual trade, but it hasn’t updated those figures as trade changed.

The first and second tranches went into effect in July and August of 2018, covering $34 billion and $16 billion of goods, respectively, based off contemporaneous trade figures.

The 25% duties targeted items such as telecommunications equipment, metal alloys, semiconductors and electrical apparatus—goods that tend to be purchased by businesses as intermediate or capital inputs, but not directly by consumers.

In the 12 months through March, the U.S. imported about $22 billion worth of items in the first tranche and $9 billion in the second, a decline of 36% and 43%, respectively, from their original values.

The third tranche—originally aimed at slightly over $200 billion of imports—came after a summer of escalating trade tensions and took effect in September of 2018. In this phase, the Trump administration targeted some significant categories of consumer goods, such as furniture and apparel, as well as auto parts and many electrical components such as those used in televisions.

The tariffs for this third tranche of goods began at 10% but were later raised to 25%. Over the past 12 months, such imports totaled $119 billion, a decline of 43%.

In some cases, the tariffs motivated businesses to accelerate movement that was already under way out of China. In furniture, for example, many U.S. importers were increasingly turning to Vietnam even before the trade war.

“Other places are going to be less costly suppliers than bringing it back to the United States,” said

a senior fellow at the Peterson Institute for International Economics.

In some industries, the tariffs pushed out businesses in a way that “complemented what the Chinese were going to do anyway,” said Mr. Allen of the U.S.-China Business Council. “Prices for Chinese factory workers are really going up. A lot of manufacturers were moving abroad anyway.”

Smartphones are one example. The U.S. didn’t impose tariffs on these, sparing Apple Inc. and others that have their phones assembled in China.

Have the China tariffs affected your buying habits? If so, how? Join the conversation below.

The fourth and final tranche of tariffs hit in September 2019. The list fell heavily on computers and accessories, apparel, televisions and footwear. A Journal analysis at the time found those tariffs would hit about $111 billion worth of goods; the USTR later said the tariffs were aimed at about $120 billion of goods.

Following a trade truce struck in January 2020, the tariffs on these items were lowered to 7.5% from 15%, and trade in the items hasn’t fallen as dramatically. In the past 12 months, it stood at $97 billion, down about 13%.

Write to Josh Zumbrun at Josh.Zumbrun@wsj.com

US Professor Who Found Stereotypes Influence Use of Deadly Force Inspires Police Reforms |...